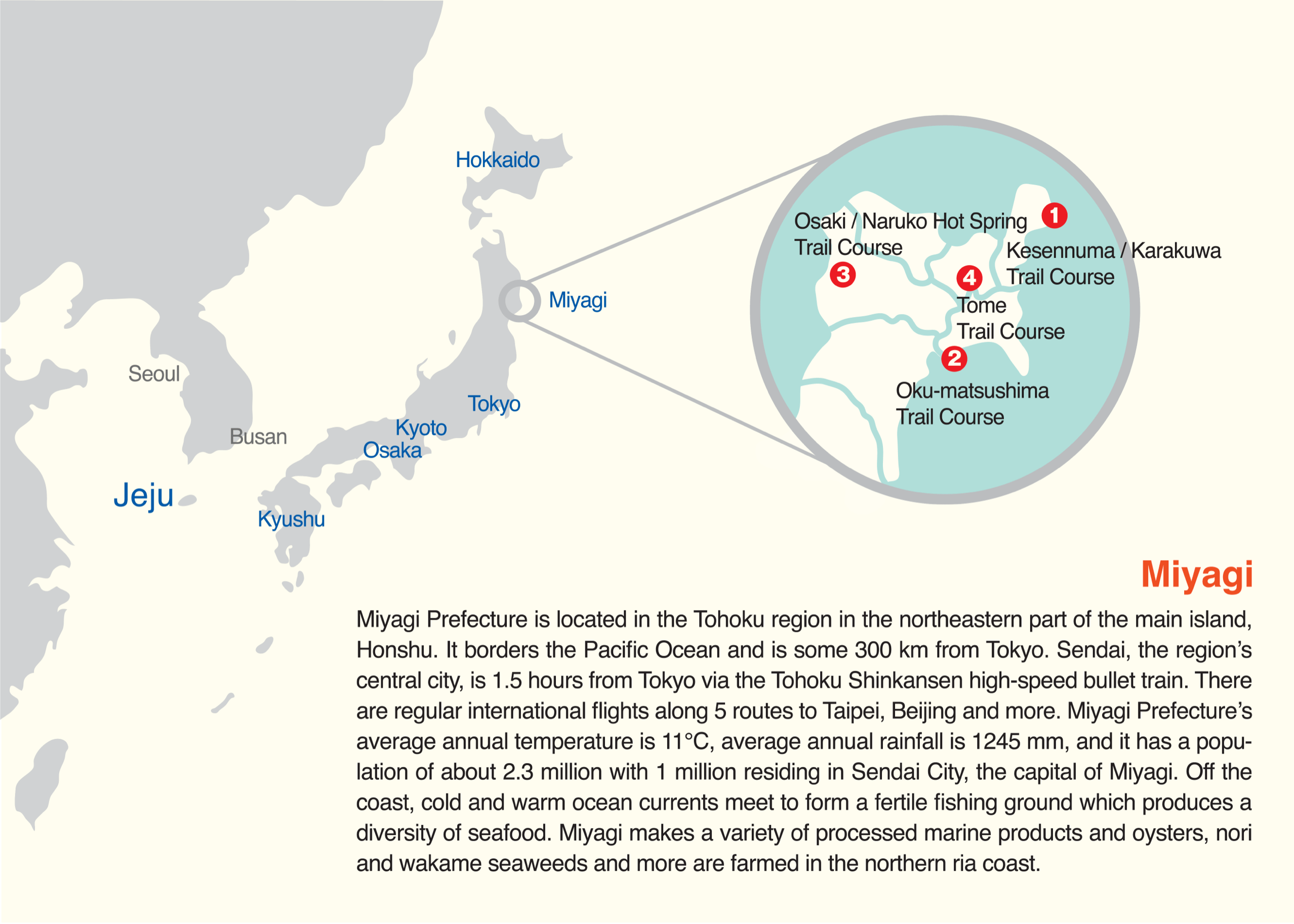 Miyagi Prefecture is a destination for excellent dining. While practically overflowing with fresh seafood from the Sanriku Coast, there are other foods Miyagi locals think you must try. “Zunda,” made from green edamame soybeans, is used in a variety of ways. Miyagi’s soul food is Gyutan, or grilled beef tongue. Miyagi is a top savory fish cake producer and makes these “Sasakamaboko” in the shape of a bamboo leaf. Sample them all for the true Miyagi culinary experience. 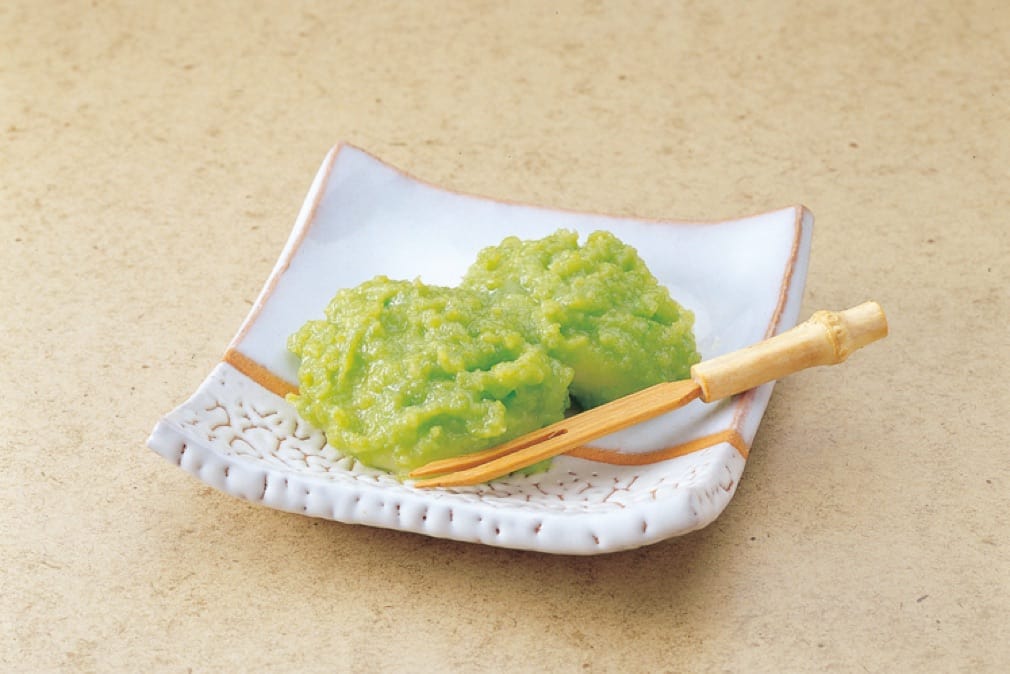 Zunda is made from edamame, or young soybeans, that are ground into a paste. In Miyagi Prefecture there are a variety of zunda dishes. The best known is zunda mochi, where sweet Zunda paste is spread on top of sweet mochi rice cakes. In recent years, a category of zunda sweets using the ground edamame has emerged. Recently, zunda is used in savory snacks and dishes, zunda transcends food genres. 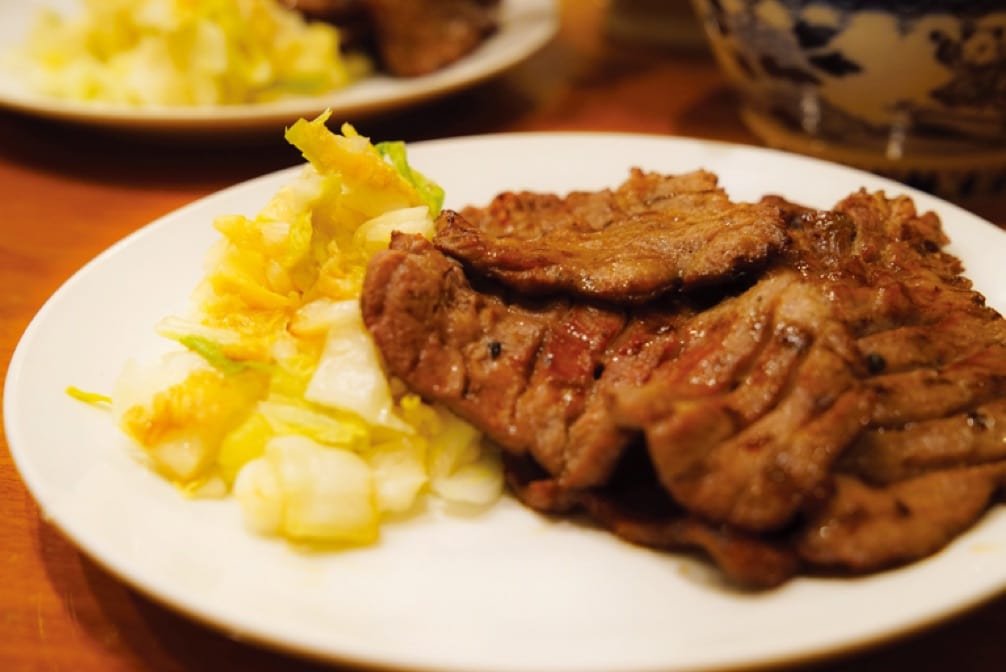 This slightly unusual delicacy began in Sendai and then spread throughout Japan. Gyutan, which means cow tongue, is seasoned, cured, and then grilled over charcoals. Miyagi gyutan is extravagantly thick, does not use the tougher base of the tongue, and carefully selects the soft center part, giving it a rich texture that is easy to eat. Gyutan originated in Sendai in the chaotic days following the end of World War II, when Japanese people cooked and ate beef parts discarded by the occupying American troops. It has garnered such popularity over the years that there is even luxury pet food made with Gyutan for sale today. 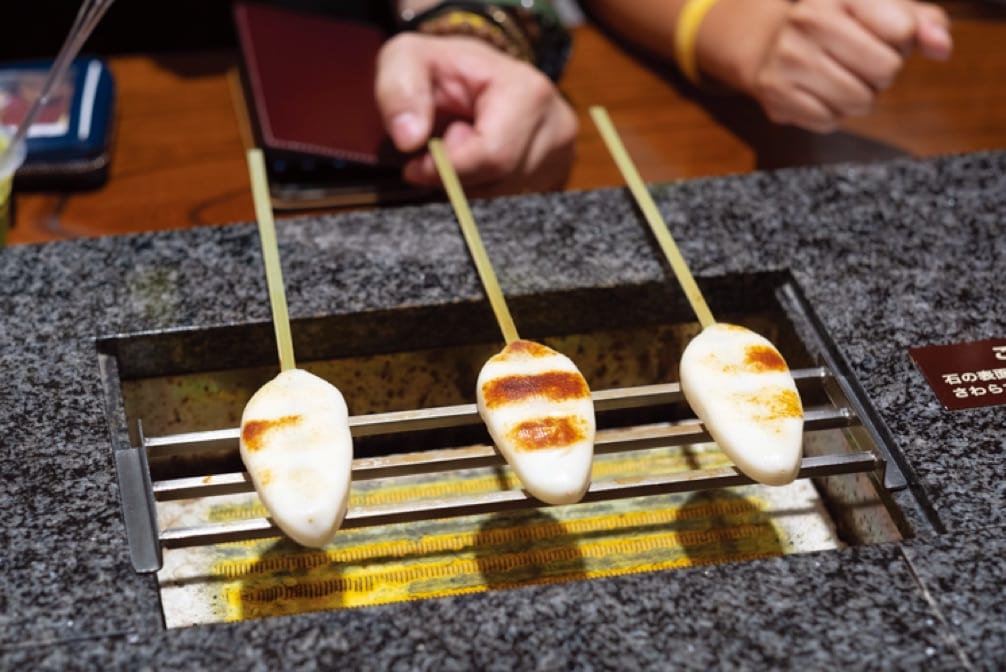 Seafood powerhouse Miyagi Prefecture is also the top producer of fish paste, with a 10% national market share. Sasakamaboko fish cakes are a Miyagi specialty made from this fish paste. Sasakamaboko is made by forming the savory cakes into the shape of a bamboo leaf, adding starch and then steamed or grilled. In Miyagi, restaurants often put sasakamaboko on a bamboo skewer and grill them on a hibachi (traditional Japanese grill). There are also new variations including sasakamaboko with cheese, salami, or even sea urchin inside.

In Miyagi Prefecture, many places related to the first ruler of the Sendai domain, Date Masamune, remain to this day. Masamune once ruled from Sendai Castle, and today the site where the castle stood is a history museum which tells the story of how this samurai hero led Miyagi to prosperity. Located in the southern part of the prefecture is Zao, with a volcanic crater lake that will impress you with its natural beauty. In northern Miyagi, Naruko Onsen is a hot spring area famous for its many distinct types of springs, and is one of many places in Miyagi worth including in your visit. 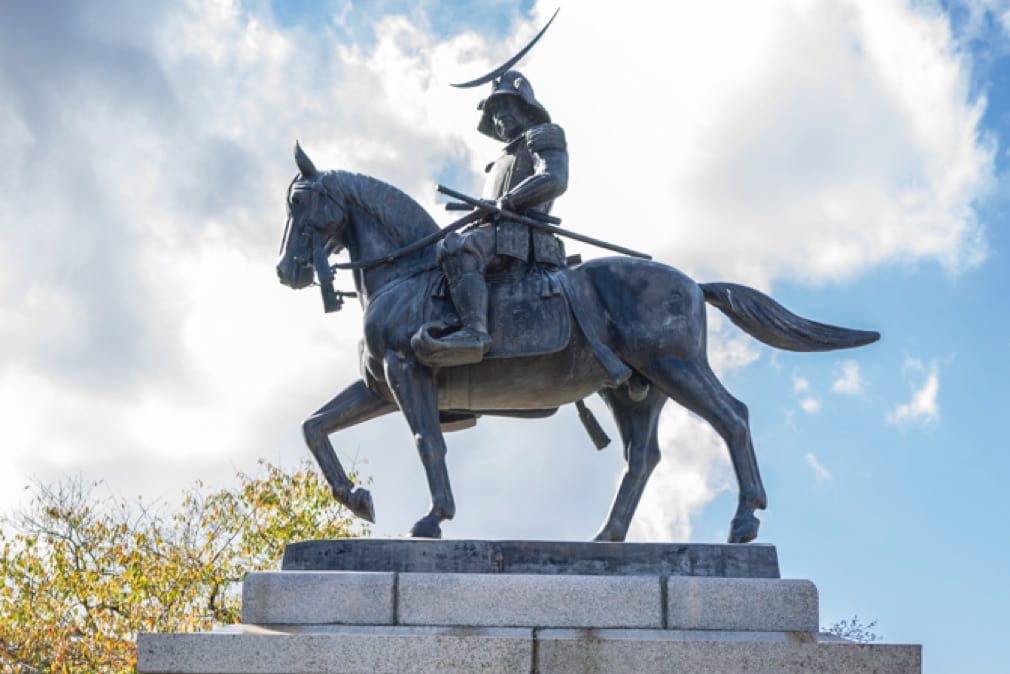 Date Masamune lived from the end of the warring Sengoku period until the early Edo period. He became the first ruler of the Sendai domain and led it to prosperity. When he was young, he lost his right eye to smallpox, and while short in stature he was tireless as a military commander and became an exemplary samurai ruler. In 1602, just before the start of the Edo period, Date Masamune built his castle on Aobayama in Sendai, a hill with a view as far as the ocean. Sadly, Sendai Castle, which had led the Miyagi area to a Renaissance, was partially torn down in the late 19th century during Meiji period and then completely destroyed during the bombing of Sendai during World War II. You can see Date Masamune’s legacy and discover his legend for yourself in the history museum at the castle site as well as other locations across Miyagi. 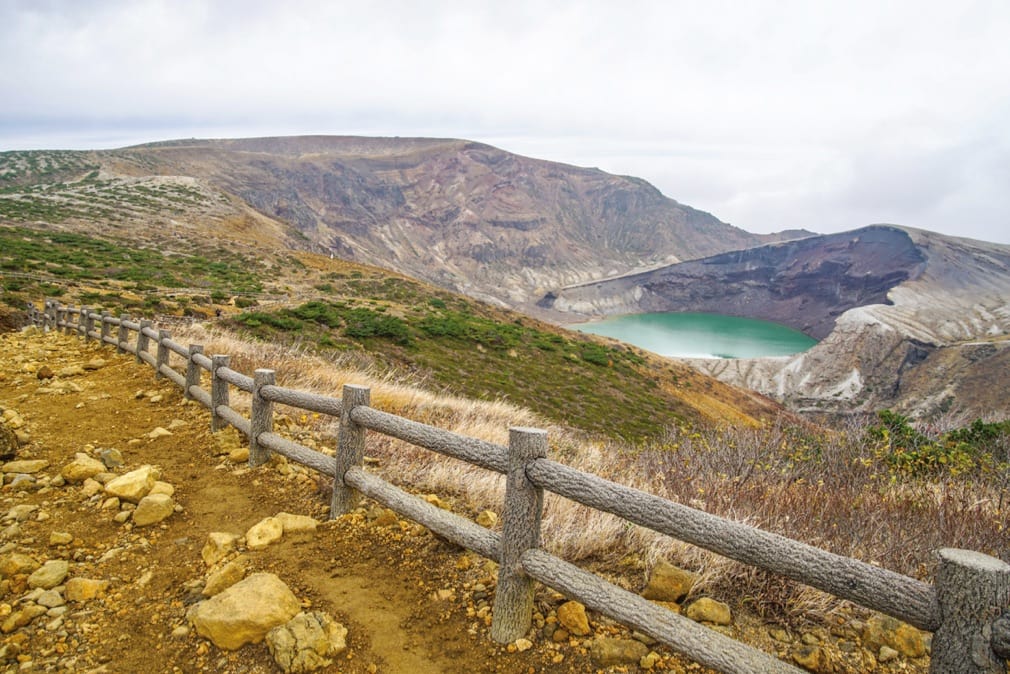 The Zao Echo Line traverses the Zao Mountain range from east to west, and is steep and notoriously high. It is the ideal place to see the beautiful scenery of Mt. Zao, and as you can enjoy the unique scenery and alpine plants, it is a popular route for driving. For a full autumn experience, see the leaves change color from the end of September. The Zao Okama crater lake, formed by an eruption in 1182, has a circumference of approximately 1 kilometer, and reaches depths of 25 meters. Many people climb to the peak of Mt. Kattadake for its view of the Okama lake. As there is a walking trail that connects the mountain peaks, hiking is a great way to see the whole area. 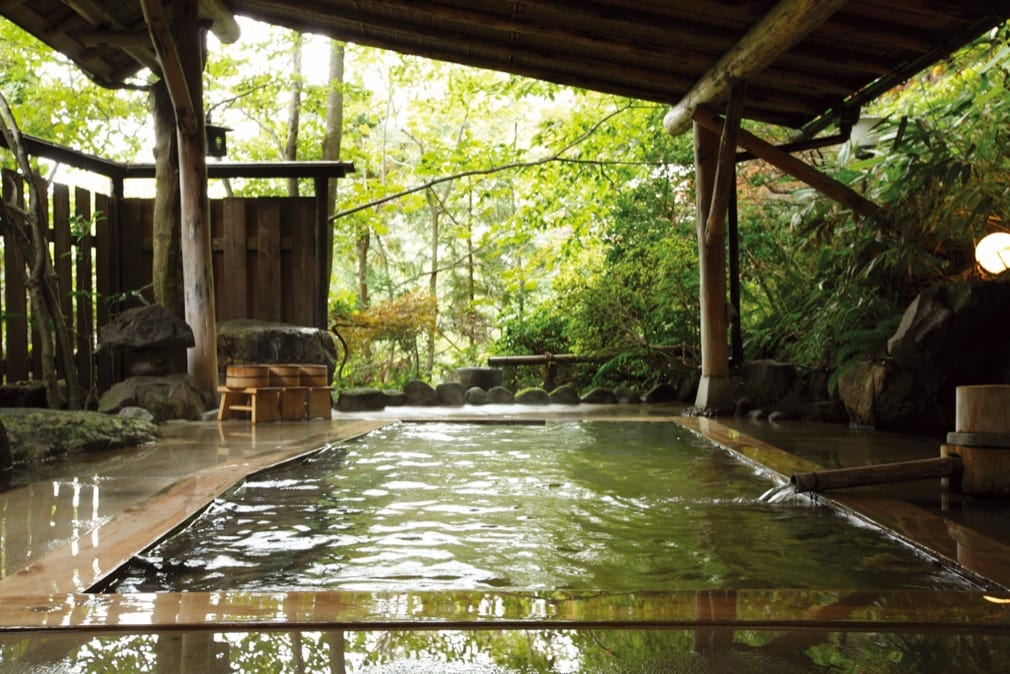 Naruko is a historic onsen hot spring village consisting of five individual hot spring areas that is located in Osaki City, Miyagi Prefecture. Naruko Onsen is prized for its health benefits and its excellent water quality. It is a popular place to visit as you can conveniently try nine distinct types of hot spring water in a single area. There are nearly 400 hot spring sources in Naruko, and this variety makes it the ultimate one-stop shop for onsen. Nearby is Naruko Gorge, a steep ravine originally formed by volcanic activity. 4-6 kilometers long, 80-100 meters tall and
just 10 meters wide, Naruko Gorge is famous for its stunning fall colors.